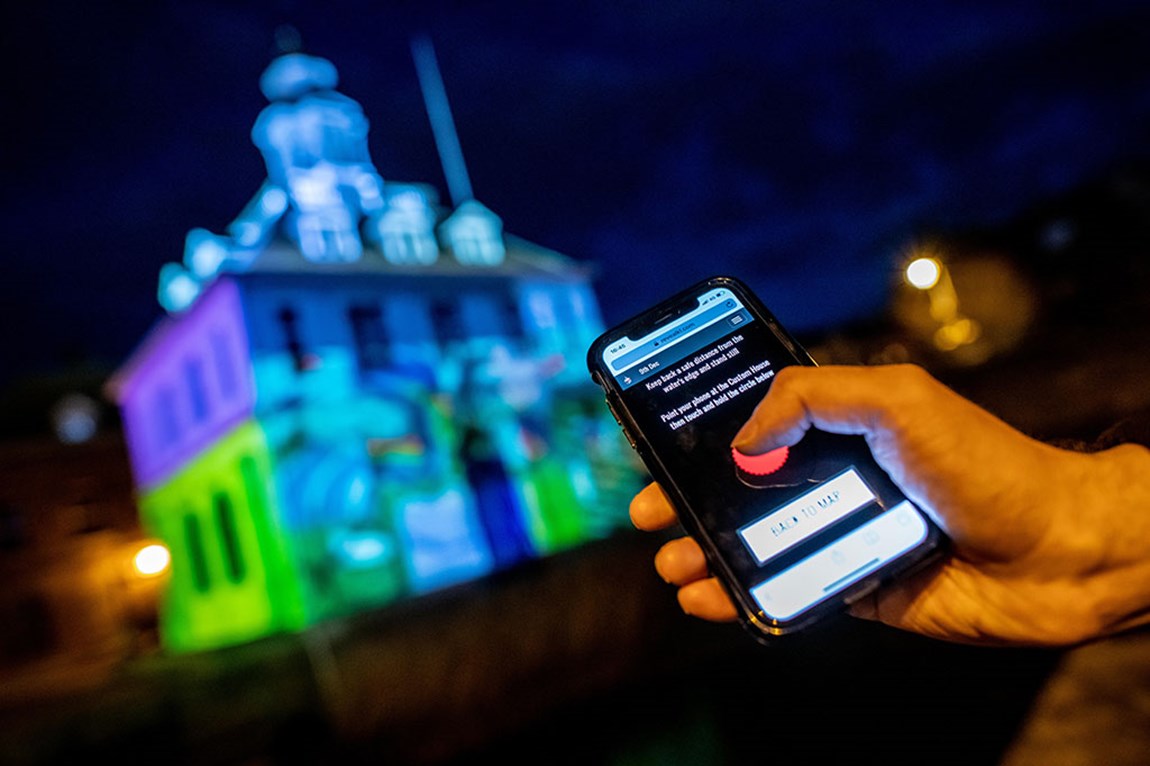 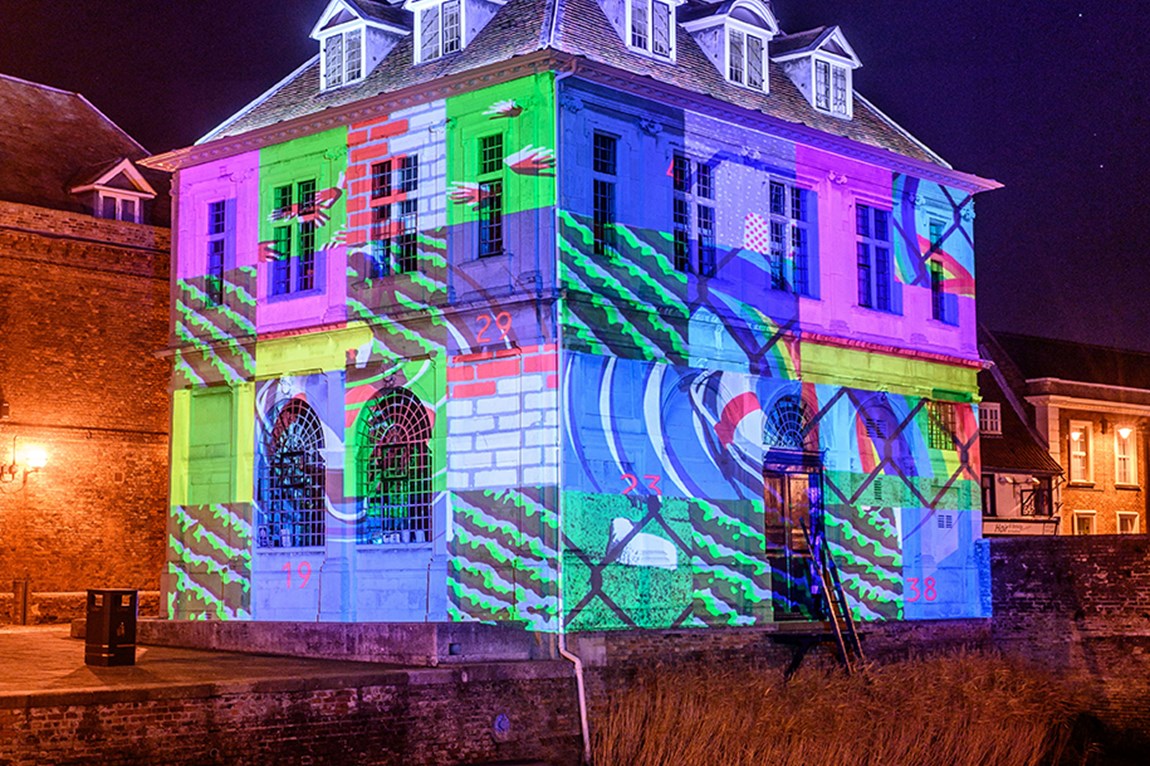 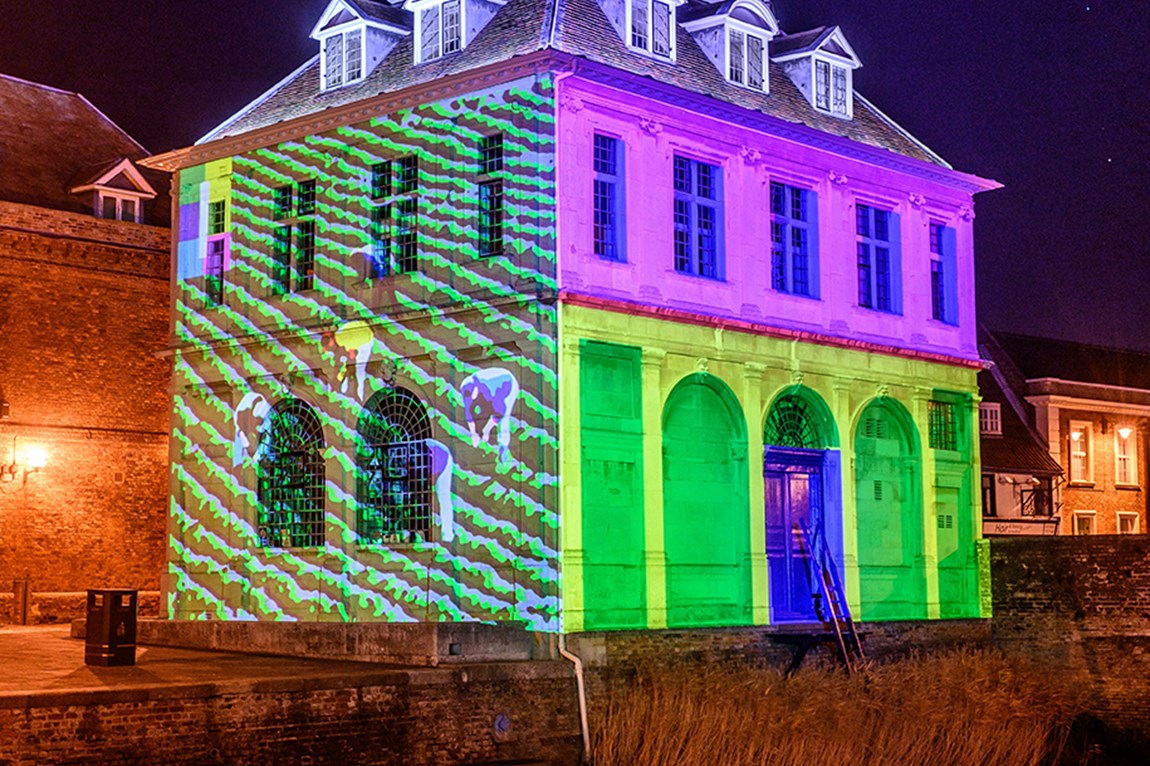 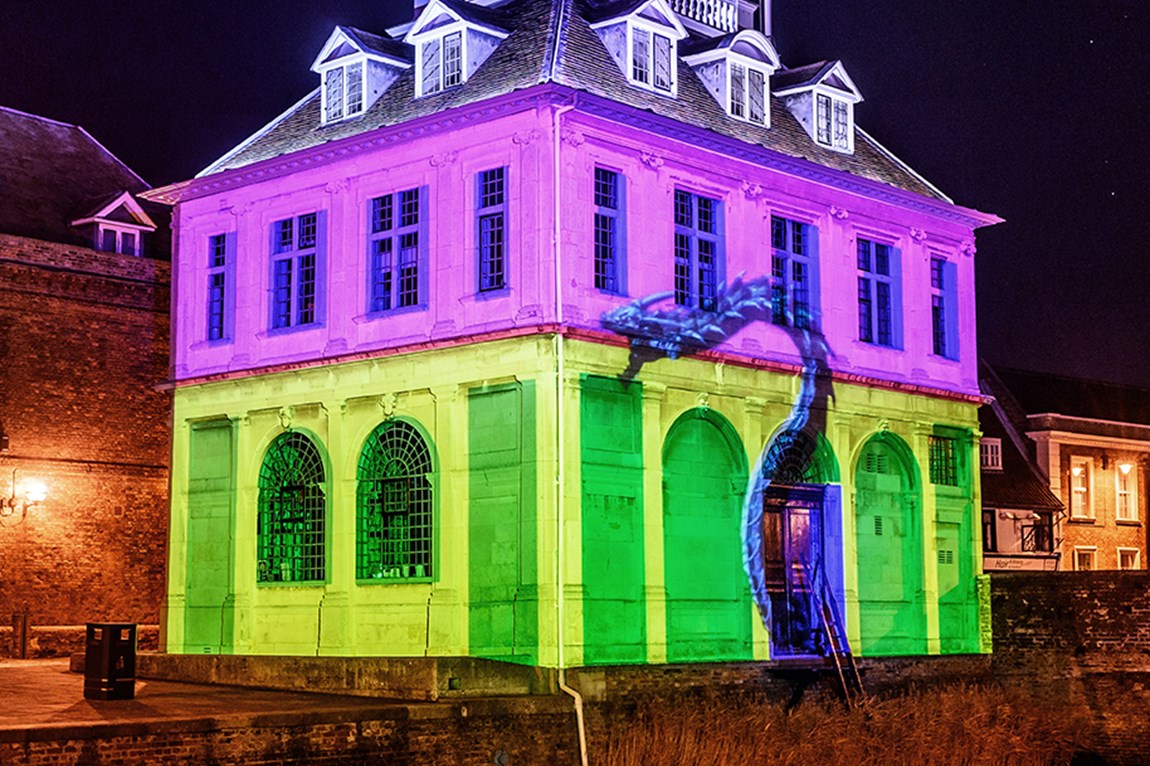 The Custom House was an interactive projection onto the historical harbourside building in Kings Lynn.  The imagery was created by Joe Magee and the animation and interaction created by Pete, it was part of the Reveal project produced by Collusion.

The visuals explored the themes of migration, borders and Brexit.  The animation broke the images up into boxes that randomly switched between faces constructing the full images every few minutes. Visitors could interact with the projection in real time using a web browser on their smartphone.  They simply pointed the device at the building and could control the movement of the boxes, to reveal film once a specific side was built.

The project was on display to the public from Sunday 9th - 31st December 2018.